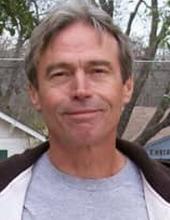 John Dwight Atchison, 65, of San Angelo, went to be with the Lord on Friday, July 16, 2021, with his loving wife Janet by his side. John was born in Waco, Texas on September 29, 1955, to Thomas Carl and Kathleen Harrington Atchison. He grew up in San Angelo and graduated from Central High School. John worked for numerous companies during his young life but would settle in as a brick layer in the construction industry. He enjoyed building things, fixing things that were broken and remodeling his own home. Family and friends knew him as a “jack of all trades.” John was a quiet, reserved man who enjoyed being at home with his wife and seeing his children and grandchildren. In his spare time, he loved to go fishing. His favorite place to go fishing was at Twin Buttes reservoir. John married the love of his life, Janet Kathleen Anderson on October 24, 2014. He was a loving husband, father and grandfather who devoted his life to his family and his work. His love and devotion to his family and friends, and his dedication to his profession will remain in our hearts forever and we will dearly miss him. John was preceded in death by his parents. He is survived by his wife, Janet Anderson Atchison; his daughter, Abbey Atchison Strehle and her husband Gerald; his son, Jacob Atchison and his wife, Raquel; and five grandchildren. John’s request was to have private services.