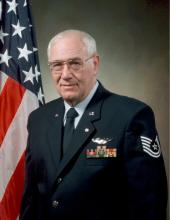 Bruce was born September 10, 1938, in Chicago, Illinois, to Maurice and Marcelle Foreman. He and his family relocated to Falls Church, Virginia. It was there that he and his younger brother helped his father clear their thickly wooded homestead property with only hand saws so their home could be constructed. He attended high school in Annandale, Virginia, where he enjoyed participating in the drama, chess, yearbook and photography clubs. After high school graduation, he studied engineering at Virginia Tech, before joining the United States Air Force.

While in the military, Bruce was selected to study Mandarin Chinese at the Institute of Far Eastern Languages at Yale University. His military enlistment with the Air Force Security Service took him to numerous locations throughout the United States, as well as foreign assignments including Korea, Japan, Okinawa, Vietnam, and Taiwan. After a distinguished military career, Bruce retired from the USAF in 1978 with twenty years of active-duty military service.

While stationed at Goodfellow AFB, Bruce met Marilynn Marshall, a student at Shannon School of Nursing; and they married in San Angelo in 1965. They raised two children and settled in San Angelo after Bruce’s retirement from the USAF. Upon retirement, Bruce owned and operated his own photography studio in San Angelo, earning a reputation as an accomplished portrait and wedding photographer. He later returned to civil service at Goodfellow AFB and served as a staff photographer until his civilian retirement in 2000.

Bruce was involved for many years in the Concho Valley Vietnam Veterans Association, San Angelo Gun Club, and the Concho Valley Photography Club, earning their Lifetime Achievement Award in 2017. His gift as a lifelong teacher was most recently expressed in working with others to learn and enjoy the art of photography - a craft he loved throughout his military career as well as his civilian life and a legacy that will live on through the many moments, people, and places he lovingly and expertly photographed.

In lieu of flowers, the family requests any memorial contributions kindly be made in support of a favorite charity, especially one serving veterans or animal welfare.

Bruce was a fiercely devoted and loving husband, father, and grandfather. He was a proud veteran. Although he retired from the Air Force, he continued to live by his oath of service – to support and defend the Constitution of the United States against enemies, foreign and domestic. He shared his kind, generous, and humorous spirit with others every day and taught by example, with his motto “Be a good American.”

A celebration of Bruce’s life will be held at a future date.