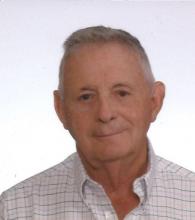 Public viewing will from 9:00 Am until 8:00 PM and the family will receive friend from 5:00 PM until 7:00 PM Friday, October 29, 2021, at Robert Massie Funeral Home in San Angelo. Funeral services will be at 10:00 AM Saturday, October 30, 2021, at the First United Methodist Church on Mertzon with Pastor Mark Krause, officiating. Burial will follow at the Mertzon Cemetery under the direction of Robert Massie Funeral Home.

Roy was born to Cecil and Gertrude (Hyde) Williams on November 28, 1931, on a farm in Concho County east of Eden. He grew up there and attended school at Brady Valley and Eden. Upon graduation from Eden High School, he worked as a jug hustler and Junior Seismic Observer on a geophysical crew in Schleicher, Sutton, and Crockett counties.

Roy entered the Army and was assigned to Operation Castle, the testing of six hydrogen bombs in the Eniwetok and Bikini Atolls of the Marshall Islands. This included the Bravo shot, which was the most powerful detonation of a bomb ever made by the United States.

After discharge from the Army, Roy obtained a degree in Petroleum Engineering from The University of Texas. He was involved with drilling and/or production operations in Texas; New Mexico; Louisiana; Arkansas; the Gulf of Mexico; Honduras; British Honduras (Belize), where he rode out Hurricane Hattie; Ecuador; Colombia; Venezuela; Canada; Spain (onshore and offshore); Turkey; Tunisia; and Bahrain.

To send flowers to the family or plant a tree in memory of Roy Dale Williams, please visit our floral store.