SAN ANGELO, TX –– Even with a rainy morning and overcast skies, San Angeloans gathered downtown to participate in the local Women's March on Saturday.  Across the country, Americans gathered to support women's rights in different events.

Dozens and dozens of residents marched around the Tom Green County courthouse to make their voices heard as San Angelo may face the possibility of becoming a sanctuary city for the unborn.

"If you are going to be sitting back and not talking ––you are just as guilty as those oppressors trying to put a ban on women's bodies," said the first speaker of the day. "Beliefs are fine and dandy, and like you, I have my own. But your beliefs shouldn't determine what someone does or doesn't do with their bodies. We have the right to our sexual freedom and our bodies just as men do. It's my body, it's my choice."

The crowd was filled with individuals of all ages that came to show their support for a women's right to choose and giving people access to reproductive healthcare on the courthouse steps.

One of the speakers shared her personal story as a mother of two. She told the crowd about her experience of having her son at 18 and having the opportunity to choose what was best for her.

"Both of my children are two separate reasons of why I stand here today to support the right of women to choose what happens to their bodies. The right to bodily autonomy –– which is a simple right that every person should have available to them," she shared. "I was 18 when I conceived him and 19 when he was born. We had sex ed in school, but it talked more about the moral obligations of sex and less about the sex education itself."

In the case that schools opt to teach students about contraception and condoms, they must teach the subject in "terms of human use reality rates instead of theoretical laboratory rates."

"I found out at almost ten weeks pregnant with what would be my 11-year-old son. I was terrified, and I didn't know what to do," she continued. "I thought about abortion, adoption, and I didn't know what to do. At that point, I decided I was going to keep this thing growing inside me. I chose my son, and that's what makes him so amazing ––such an incredible part of my life is because I chose for him to be there."

Speakers and organizers urged those present at the march to remain civically engaged and make their voices heard as the city council is set to meet with attorneys during the closed session next week to discuss the issues.

Advocates for the measure are asking the city council to approve the measure as an ordinance directly –– without waiting to put it on the ballot.

During previous city council meetings, Mayor Brenda Gunter stated San Angelo could follow in the steps of the City of Lubbock–– which  put the measure on the ballot and passed the ordinance with more than 60 percent of the vote.

I think it's crazy that people are ok with murder but not with wearing a rubber.

Hundreds of people at this one, the rally for the opposite was what, 20 people at most? This is why they do not want the "sanctuary city" option on a public ballot, because they know they will lose, and lose badly. No doubt that republicans will attempt to subvert democracy again to get what they want.

I was here, and I am actually in one of these very pictures, can anyone guess which one I am?

The stupidest looking one in the bunch(:(:(:

Well, aren't you the most clever person ever.

The one in the mask and sunglasses with the sign referring to “the elephant in the womb”.

I WISH I was still that young.

I would bet it would pass if it were put to a vote, considering most people that would vote yes don’t go out and protest things on the streets to signal their views to everyone.

Nobody cares who you are me someone, your an idiot marching with idiots.

So, while I am all for women exercising their right to move about freely in public unmasked, I am not certain that it is altogether safe for women to be indulged in these kind of petulant displays in the era of a strong Taliban.

Now that the mighty Taliban has defeated our increasingly incompetent military, with Russia, China, a league of hidden enemies that include nominal allies working against our national interests in the dark, and our borders flung wide open for the swarming masses of the world to invade and conquer, all must be circumspect and prudent about what displays they and their loved ones carry out.

Please, if your friend, your sister, daughter, or mother has attended such a shameful display, please rebuke them for their petulant irresponsibility. Hold them accountable and do not back down. 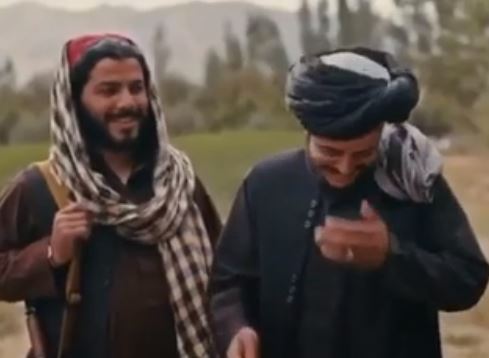 In this era, when our enemies are mighty and laugh at the putative "power" of the American military, we can no longer afford to be tolerant about these abuses of public spaces that compromise all of our safety and well being. No doubt some foreign agent has instigated this nonsensical protest in an effort to distract from their efforts centered on the local military installation.

Please be responsible, and stay safe.

A post like this brings to mind the question sometimes asked in Law School:  "Would you, as a defense attorney, consider this person capable of defending him/herself on the stand and articulating why he/she did that of which he/she is accused?"

The answer here would be no.

Expat, in a good kangaroo court, justice has no place and the verdict is always given long before the trial is held. No amount of articulation will change the minds of people bent on forwarding their own interests through the courts no matter the cost to the welfare of the public.

Undoubtedly, I am a target for such craven and greedy creatures, who bellow in public but tremble when caught alone.

In the meantime, there are real criminals out there; unrepentant murderers of their fellow human beings and of those human beings yet to be born. They must be rounded up and brought to the justice that the great state of Texas has nobly set in store for them.

And even if He should curse all other 49 states the way he has done to California, may God bless Texas.

Whether one agrees or not, this is a nicely articulated response.

Any small human activity, the local bowls club or the ladies' luncheon club, requires for its survival a measure of self-sacrifice and service on the part of the members. In a wider national sphere, the survival of the nation depends basically on the loyalty and self-sacrifice of the citizens.

An increase in the influence of women in public life has often been associated with national decline. The later Romans complained that, although Rome ruled the world, women ruled Rome. In the tenth century, a similar tendency was observable in the Arab Empire, the women demanding admission to the professions hitherto monopolised by men.

'What,' wrote the contemporary historian, Ibn Bessam, 'have the professions of clerk, tax-collector or preacher to do with women? These occupations have always been limited to men alone.' Many women practised law, while others obtained posts as university professors. There was an agitation for the appointment of female judges, which, however, does not appear to have succeeded.

Soon after this period, government and public order collapsed, and foreign invaders overran the country. The resulting increase in confusion and violence made it unsafe for women to move unescorted in the streets, with the result that this feminist movement collapsed.

-  Excerpts from "The Fate of Empires," by Sir John Glubb (Quoted, of course, with the fact firmly in mind that correlation does not equal causation.)

No further comments from me...

This is a long winded and well-"thesaurused" post that basically says you think women should stay in "their place" and let the men do everything because you don't trust them with important jobs, and if they start to ingrain themselves too much into society it will "collapse". Basically you are saying you hate women without explicitly saying it.

No, I am saying that you are a parasite. A human parasite. You, specifically.

I don't agree with you on anything. Never have, for years. Why did you come back all of a sudden? I had not seen you since last year and suddenly you pop back up, curious as to why the hiatus. 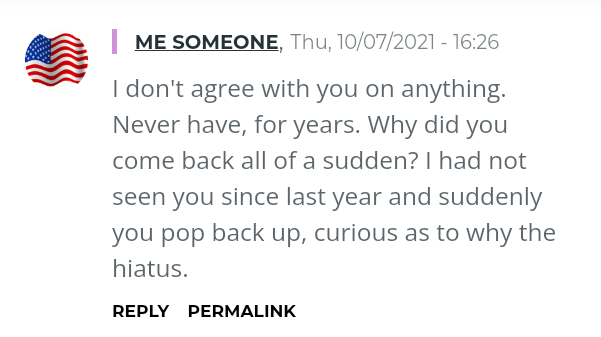 Without any high dollar words or fanciness...

Some things have to be said. John Glubb's work is relevant to the times. There was just a feminist gripe session downtown while there are over 10,000 "migrants" coming through Del Rio, not far from here. The US just lost Afghanistan not long ago. There are some common threads that weave together and link these kinds of events. He talks about them.

If people want to know where they stand in history and what the future will likely bring, they should look his work up.